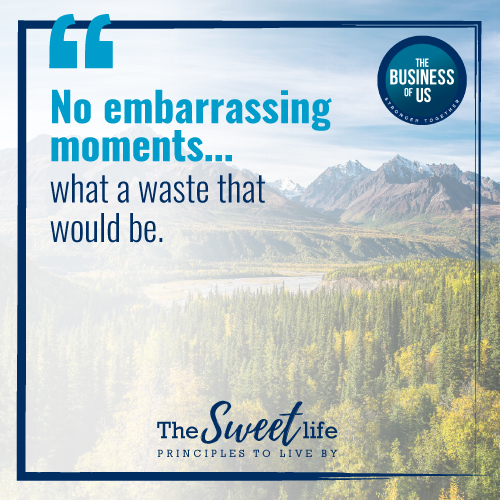 Mike did a live radio spot on Idaho Matters, a show on our local NPR station. We had the opportunity to speak with Gemma Gaudette about ImpactClub Boise… what it is, how it works, why it’s important.

When I speak in front of people or on the radio, I sweat.

(I sweat in places you don’t want to know about.)

But I love speaking to a crowd and I’m pretty good at it.

Mike is a great speaker because he’s passionate and engaging. But he doesn’t love speaking to a crowd. He can’t stand it if he trips over a word or says the wrong thing. Something we all do.

(My in-laws once confused “biopsy” with “autopsy” … that’s not a mistake you want to make.)

Mike could retreat from public speaking and hide his words away so that he’d never make any mistakes. It would be so easy. No embarrassing moments. No hearing yourself and wanting to cringe. But what a waste that would be.

Instead, this guy who doesn’t love public speaking hosted a live radio show for a decade.

He teaches classes to rooms full of people.

And every quarter he gets up on stage, microphone in hand, and speaks to a packed house about ImpactClub.

He’s still hard on himself if he fumbles a word, but he keeps doing it anyway. Because getting visibility for three local charities (and a huge donation to the one that wins the evening) is more important than whether or not all the words come out as he’d intended.

(Incidentally, the interview we did went great.)

It’s not easy to put yourself out there, especially if it’s not something you naturally love to do. But sometimes you have to do it anyway.

Great ideas only matter if you’re brave enough to put them into action. 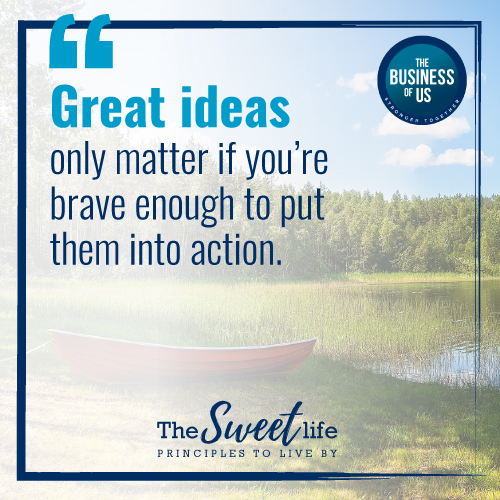